As hinted at in my previous post, I’ve been working on an Android application in my spare time for the last month or so.

As a result of me no longer being a student I can no longer go cycling so easily during the middle of the day when there is daylight and the roads are quieter. When winter has passed so I don’t end up cycling back in the dark (multiply the distance by the number of working days the journey would be in the dark for and take into account the fact it would be at rush hour and on busy roads and that’s quite a lot of risk to accumulate) I’ll get around this by cycling to and from work (I did a few times before winter set in). But for now I’ve bought a turbo trainer for my bike and have it set it up in my flat.

Now, necessity is the mother of invention and as with many of the things I’ve built this was the case here; when cycling out on roads I’ve used Google My Tracks a lot (and even added a small feature at one point), but when inside it becomes a lot less useful – obviously all distance and speed data (derived from the GPS) become meaningless. Now, I could setup a standard magnet based cycle computer on the rear wheel, but even then the data are not so meaningful – knowing that you’re doing e.g. 20 mph when stationary doesn’t really give you any idea how you’d be doing out on roads. So heart rate really does become the metric of real interest.

Of course there are numerous applications out there already that will connect to the Zephyr HxM (the Bluetooth heart rate monitoring strap I bought) – for example, My Tracks itself has support for a wide range of sensors – but the majority of them share the problem that displaying heart rate is only one of the things they do and as such little emphasis is placed on doing things with that metric other than graphing it and giving the current value.

Enter Cardio Grapher: While it doesn’t yet do that much more than the existing solutions, my intention with it (as you may guess from the name) is for it to solely work with heart rate data. As such, I intend over time to explore a number of ideas for metrics that can be used to gauge the quality of a workout and to track progress.

Today I’ve released version 1.0, which I consider to be beta quality. The features: 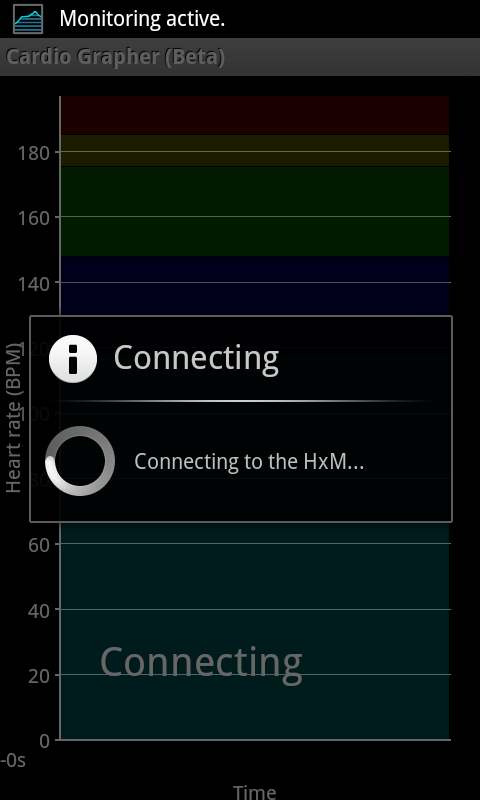 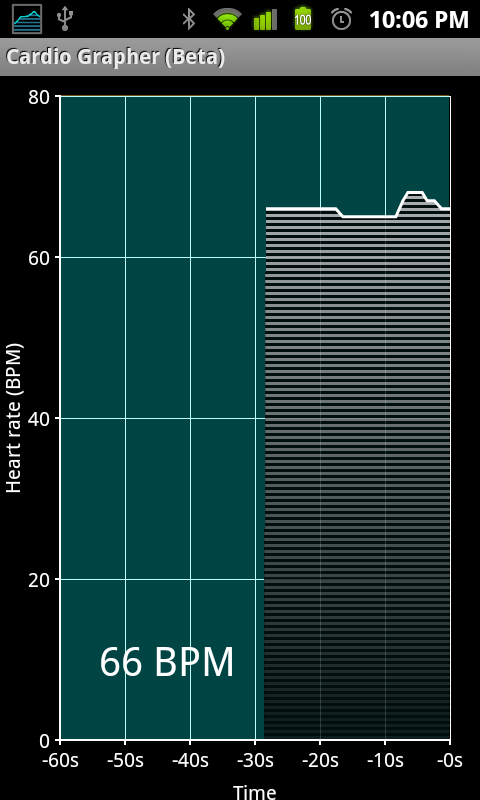 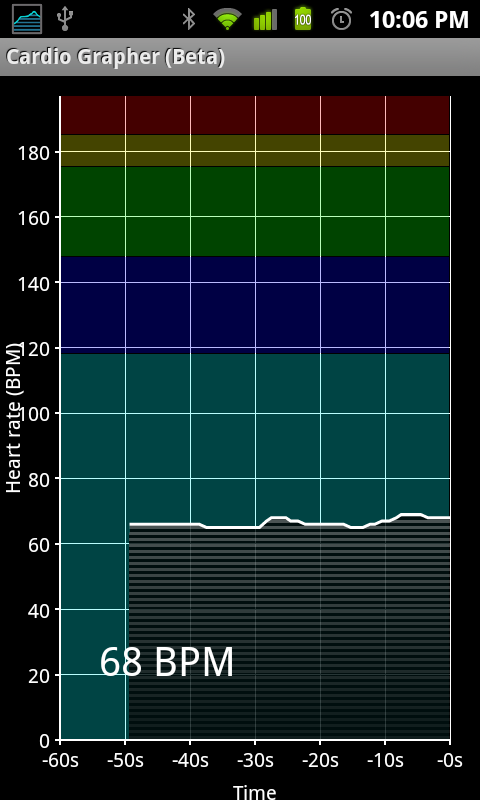 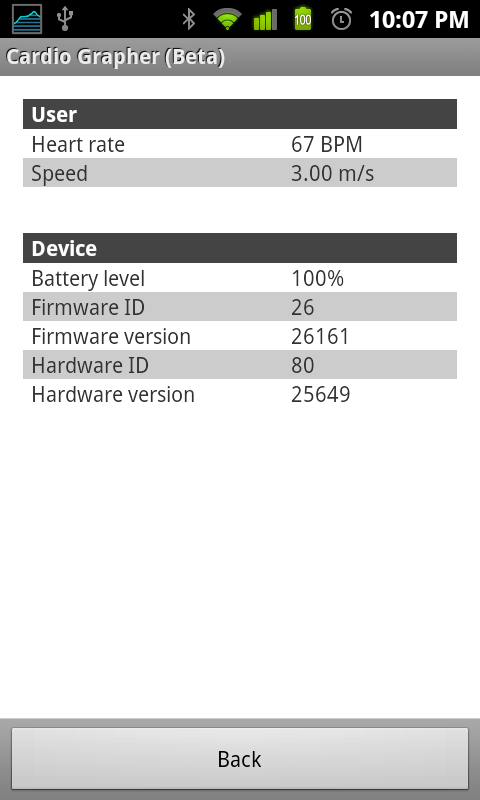 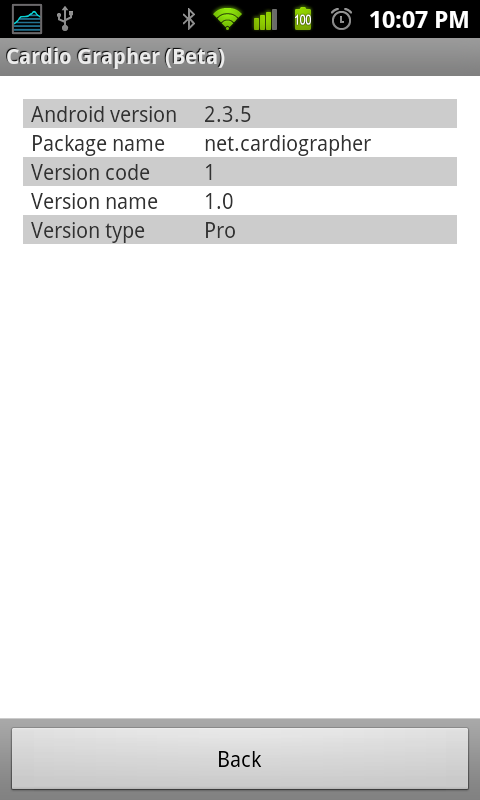 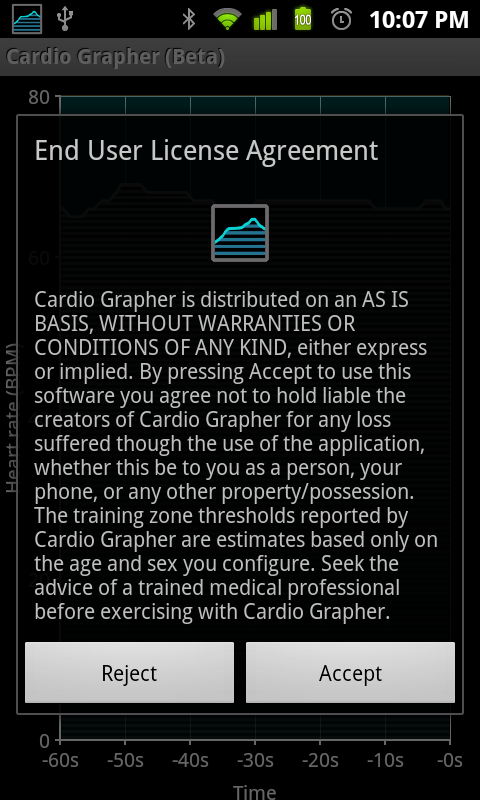 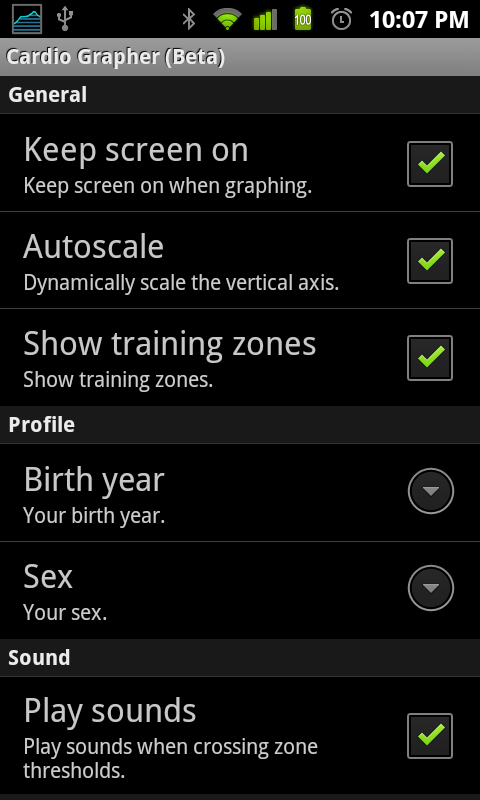 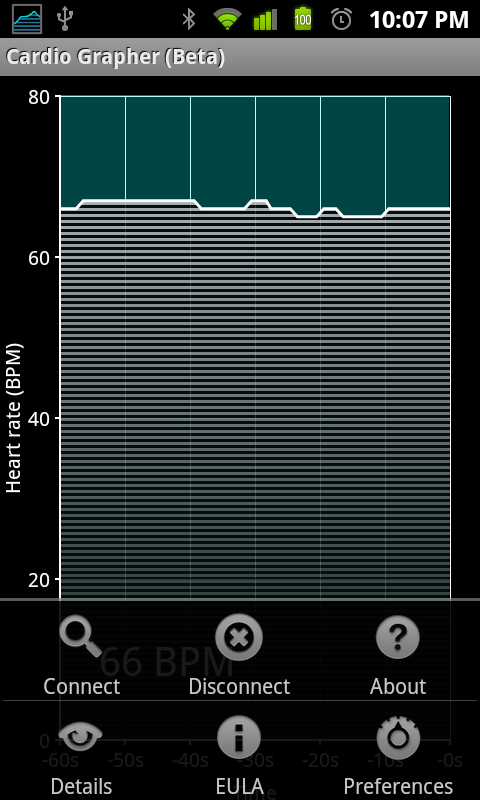