I’ve just finished a sprint finish for the first draft of my dissertation which is why I haven’t done any cycling for nearly two weeks, which is unfortunate because the weather has been ideal pretty much the whole time. In celebration of completing the first draft (which admittedly has a few flaws) I went on two rides today. The first was up to Flash and Longnor, the second up just to Leek and then out to Calton Moor and back. I’m using the Cateye numbers for everything except ascent because My Tracks stopped recording the last part of the second ride.

The maximum speed of 44.3 mph is a slight increase above the previous record of 43.4 mph.

Adding both together that’s 5,300 feet of climbing in 65 miles. The average speeds are low compared to those of routes in Cambridgeshire and I’d normally expect to be faster on the second route, but then I had already done a fair distance. There are a decent number of hills in there, it was my first time on the bike in nearly two weeks, and I’m reasonably sure it’s the most climbing I’ve done in a day on a bike. Overall I’m pretty pleased.

I got a nice picture up at Flash too (the same spot as before but the weather was better today): 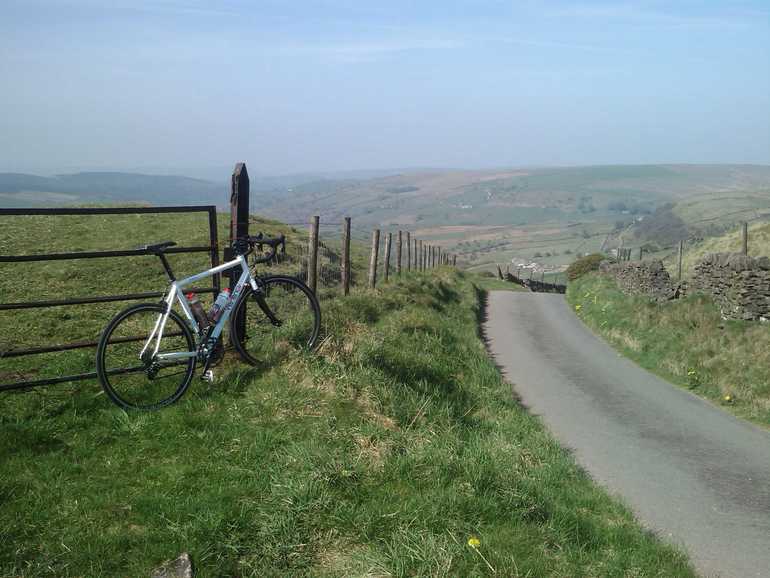 Here is the Google Doc with all the stats: https://www.dhpiggott.net/assets/Cycling/Cycling-Log.html