Barcode Box is a “toy” application I wrote a few weeks back, at the start of my UROP. It’s a toy in the sense that I wrote it as a means to figure out Android development – I hadn’t expected so many people to find it useful. A fair amount of positive feedback and suggestions were received and so earlier this week I implemented a few of them. 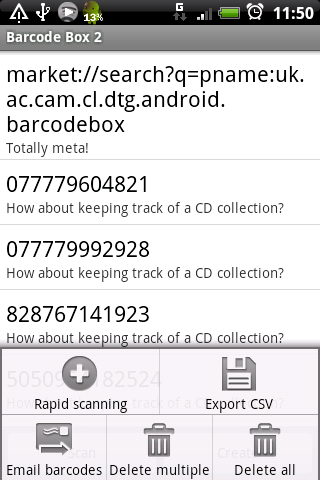 Unfortunately due to a loss of signing keys, version 1.1 and 1.1.1 had to be released as a new application under the name “Barcode Box 2”.