Again this post is a Systems & Control coursework of mine from a couple of years ago – my AS major project (December 2006 – March 2007). I’m publishing now because publishing my own coursework while still doing the A-Level it was for wouldn’t have been a good idea.

I would recommend having a quick flick through the full documentation – read the whole thing if you want but you probably have a lot of things that are more worthwhile!

Bizarre names aside (f00n was the name of a Counter Strike: Source clan myself and a few friends ran, and DS4 stands for Dream Sleeper 4 – four being the number of artwork versions the project went through), the project was and still is a very useful electronics product to me. I was inspired to build it after having missed the bus to school one time too many – traditional alarm clocks are such a rude awakening I would often end up switching them off and going back to sleep.

The f00n DS4 has a 50W halogen bulb and a high airflow fan that are slowly brought up from 0 to 100% over a user configured length of time, smoothly waking the user up. The concept actually works and rather well. At the heart of the system is a PICAXE 18X, a Dallas Semiconductor DS1307 Real time clock and a backlit 16x2 LCD. The PICAXE communicates with the DS1307 by I2C and the LCD by a serial line. A coin cell provides backup for the DS1307 when main power is removed so that time is still kept and user settings remembered (the PICAXE stores settings in the general purpose memory of the DS1307). The potentiometer on the front allows the lamp to be controlled manually as a reading lamp.

Looking back on it now, yes there are some things that could be improved (such as the casework quality and making the backlights switch off after a timeout). It was done as an AS coursework and I had strict deadlines to work to – given this, I’m pleased with what I managed. I got full marks for this.

Warning – the documentation is by no means lightweight, but should be a brilliant guide if you want to build something similar out of the same components. I’ll point out now there is no CAD model of the case due to the electronics and software development overrunning on this project – this meant the casework was a bit rushed. 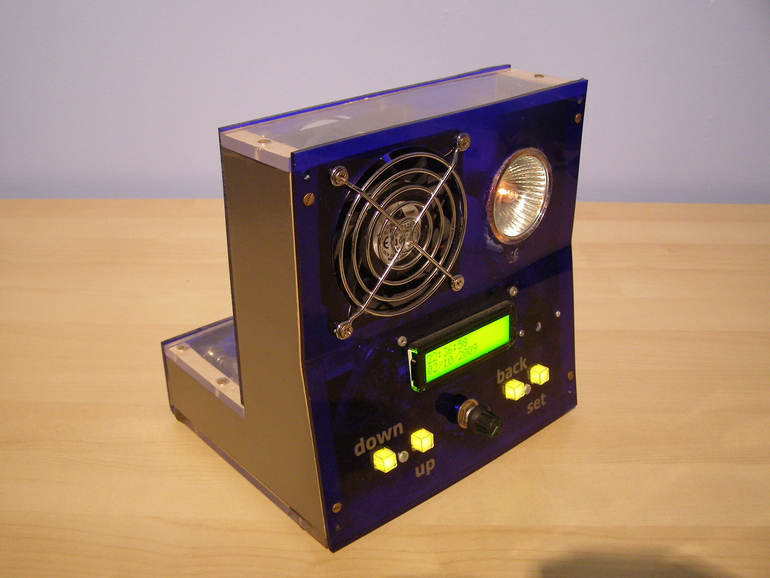 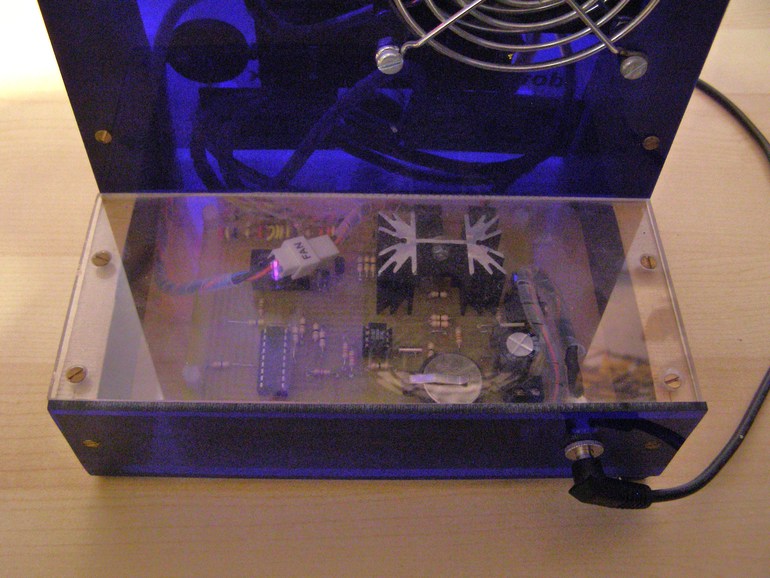 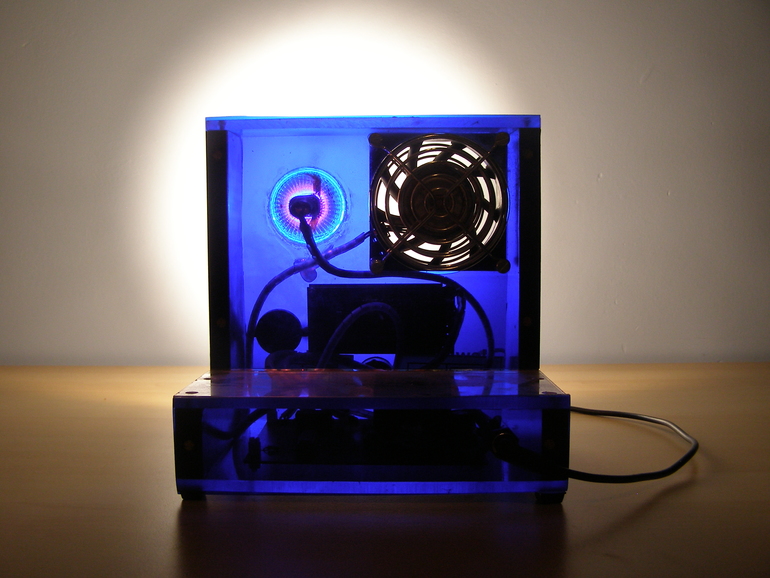 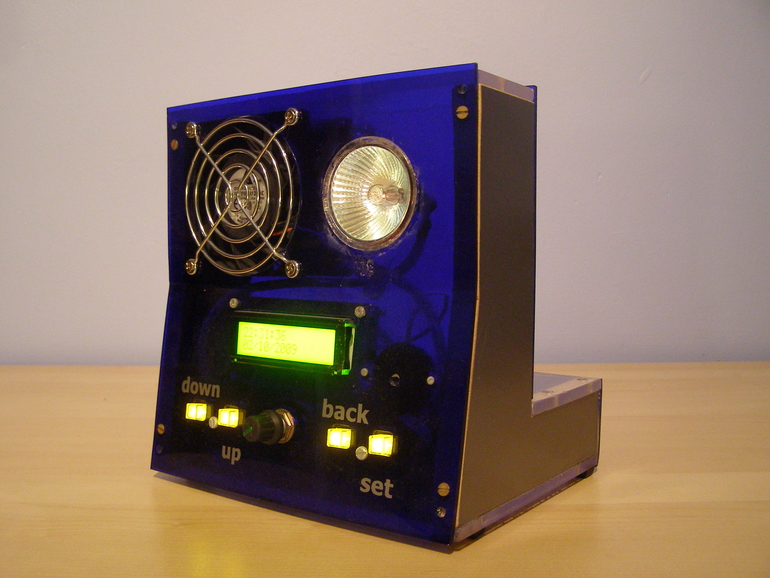 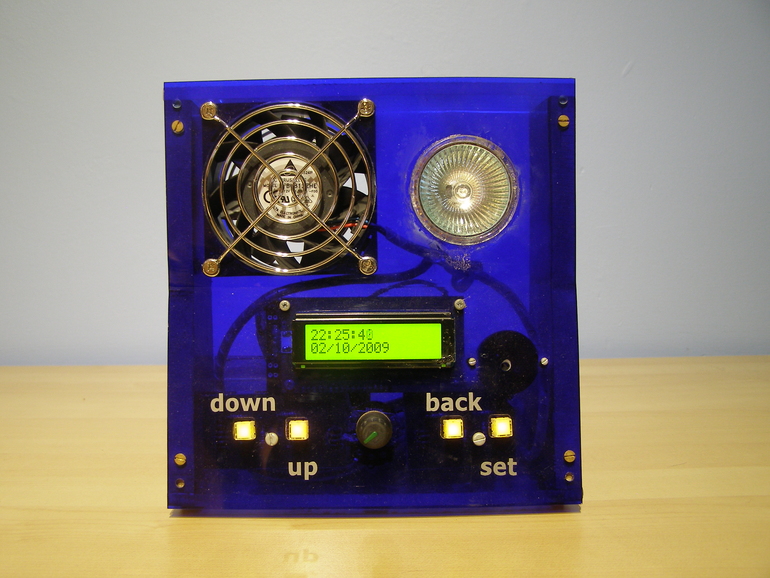